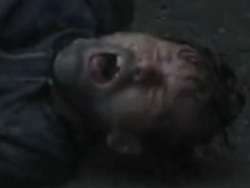 Wade was the brother of Ewan and the village's head man.

He raped almost all the woman in his village due to the custom, "the head man takes every girl as she becomes a woman." Being head man, he also enjoys other benefits such as getting the first fruit.

Colfur murdered him by bashing a rock against his head several times, trying to protect his daughter.