Edit
watch 01:36
We're Getting Mutants in the MCU - The Loop
Do you like this video?
Play Sound
Vivian 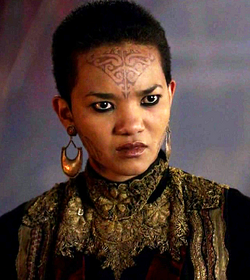 Vivian is a faithful follower of Morgan Pendragon after King Uther's death. Her family was brought to Britain by the Romans as slaves hundreds of years ago.

She is Morgan's most trusted aid before the arrival of Sybil. She helps Morgan to the best of her ability. However, she seems to have doubts when Igraine is held captive in Castle Pendragon. Later, when she sees that Igraine had managed to free herself, Vivian turns a blind eye and lets her escape.