The Sword and the Crown

After his mother's burial ceremony, Arthur retreats to the beach to be alone. There he meets the mysterious woman who has been haunting his dreams. After a somewhat brief but memorable encounter, Arthur is drawn away when he sees his father - whom he had presumed dead. The woman refuses to tell Arthur her name.

Morgan and King Lot conspire to attack Camelot and claim Morgan's perceived right to the throne. Merlin tasks Arthur with reclaiming the gods' legacy sword in the stone to prove he is destined to be King, and while he succeeds, he is badly injured in the process. Leontes pulls the unconscious Arthur from a potential watery grave, effectively saving his life. When Arthur wakes, he realises that the task was accomplished with Merlin's help. He deduces that Merlin has created this legend due to his foresight.

After knowledge of what Arthur had done spread, people arrive at Camelot and Merlin calls for a coronation. Morgan arrives and warns Merlin that King Lot is about to mount an attack on them, due to the sword incident.

During the festival, King Arthur meets the woman from the beach again and finally learns her name, Guinevere. Igraine remembers the day when Arthur was taken from her. She tells Merlin that he did not age a day, and asks him how it was possible. King Arthur finds out that Guinevere is betrothed to Leontes, and that they are childhood friends.

King Arthur recognises King Lot's men in the crowd, and raises the alarm. Chaos ensues and fighting broke out. When Sir Ector confronts King Lot, he suffers from a fatal stab wound. Before he dies, he manages to kill King Lot by walking towards him despite the spear that is impaled in him, and stabs King Lot.

Morgan then comes to the place of the fighting signalising she has not given up her wish to become Queen. Arthur in "gratitude" places her castle under his protection and offers her a share of power in his kingdom. She refuses stating that for her the throne is everything and that his so called offer is therefore an insult.

Arthur: "No one's ever done it before. What makes you think I can do it?"
Merlin: "Because no one's ever needed to do it, as much as you do. This is your moment. Believe in yourself."
―Arthur and Merlin on the subject of the legend

"Stop pulling at me and start pushing yourself!"
―Merlin's advice to Arthur

"In the beginning was the word. And the word spread. And the people came. Now we'll crown you, in front of them."
―Merlin calling for a coronation

"When I hear of kings, I think of warriors, coming to the throne through slaughter. I am not that person. But I have known loss at the hands of those men. I'm something new. Standing here before you, I realize that. I know I carry your hope in me. And I will establish, here at Camelot, a new way of ruling, for you, the people!"
―King Arthur's speech to his people after he was crowned. 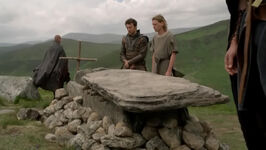 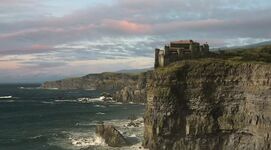 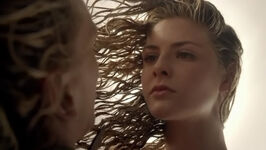 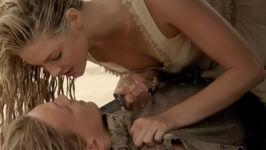 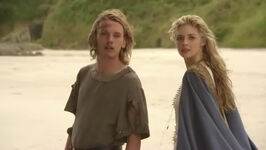 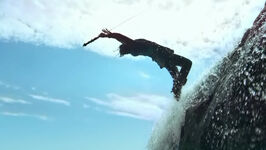 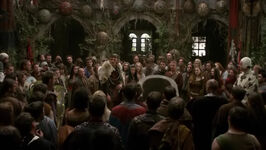 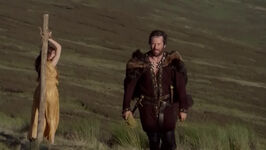 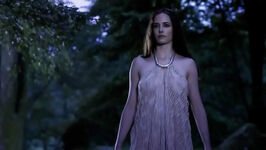