Edit
watch 01:36
We're Getting Mutants in the MCU - The Loop
Do you like this video?
Play Sound
Jamie Bower 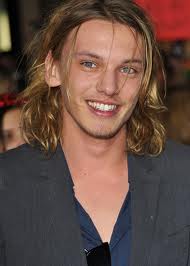 Jamie Campbell Bower is a young British actor who is best known for playing Anthony Hope in the movie Sweeney Todd, Caius in The Twilight Saga: New Moon, and King Arthur in Camelot.

Bower attended Bedales and is a former member of the National Youth Music Theater. He began his professional career when friend Laura Michelle Kelly, who also appears in Sweeney Todd, recommended him to her agent. He played Rocker in the film Rocknrolla and Jack in Winter In Wartime (Oorlogswinter).

Campbell Bower stars in the 2009 remake of the series The Prisoner as Number 11-12. In 2009, he played Volturi member Caius in the film The Twilight Saga:New Moon alongside Michael Sheen, who played the Volturi leader Aro. He also appears as the younger version of Gellert Grindewald, the dark wizard defeated by Albus Dumbledore, in the 2010 adaptation of Harry Potter And The Deathly Hallows. In 2013, he portrayed Jace Wayland in The Mortal Instruments: City of Bones.

Campbell Bower was born and raised in London. His mother, Annie, is a music manager, and his father, David, works for the Gibson Guitar Corporation. In addition to acting, he is also the lead singer in the band The Darling Buds. Campbell Bower was a full-time model with Select Model Management in London.

He was engaged to his Harry Potter co-star, Bonnie Wright. On 30 June 2012, their engagement was called off.