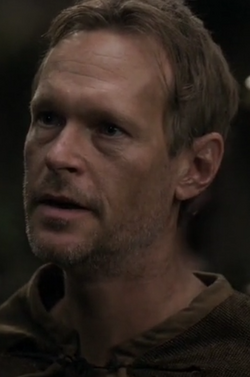 Ewan is the brother of Wade, the village's head man.

Following his brother's death, he assumes that the position is passed to him. He disagrees with King Arthur's interference, wanting to do things in their way. He attempts to persuade King Arthur to drop the matter several times. He is furious that Colfur is banished, and not sentenced to death for the murder of his brother. He leads his men to attack Gawain while he oversees Colfur's sentence.